Motivation: Mutations play fundamental roles in evolution by introducing diversity into genomes. Missense mutations in structural genes often become either selectively advantageous or disadvantageous to the organism by affecting protein stability and/or interfering with interactions between partners. Thus the ability to predict the impact of mutations on protein stability and interactions is of significant value, particularly in understanding the effects of Mendelian and somatic mutations on the progression of disease. Here we propose a novel approach to the study of missense mutations, called mCSM, which relies on graph-based signatures. These encode distance patterns between atoms and are used to represent the protein residue environment and to train predictive models. In order to understand the roles of mutations in disease, we have evaluated their impacts not only on protein stability but also on protein-protein and protein-nucleic acid interactions.
Results: We show that mCSM performs as well as or better than other methods that are used widely. mCSM signatures were successfully used in very different tasks demonstrating that the impact of a mutation can be correlated with the atomic-distance patterns surrounding an amino acid residue. Finally, we showed that mCSM can predict stability changes of a wide range of mutations occurring in the tumour suppressor protein p53, demonstrating the applicability of the proposed method in a challenging disease scenario. 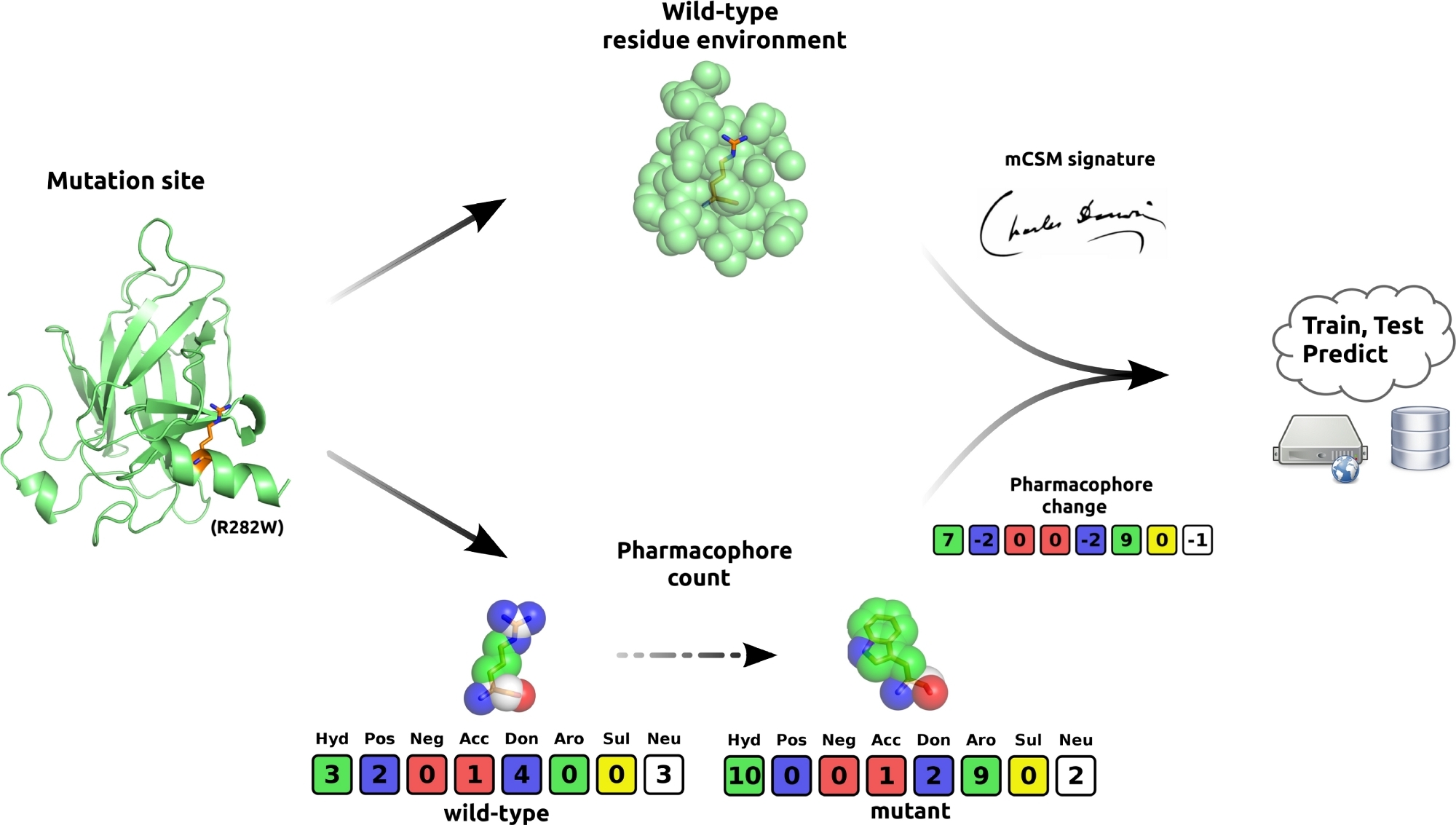